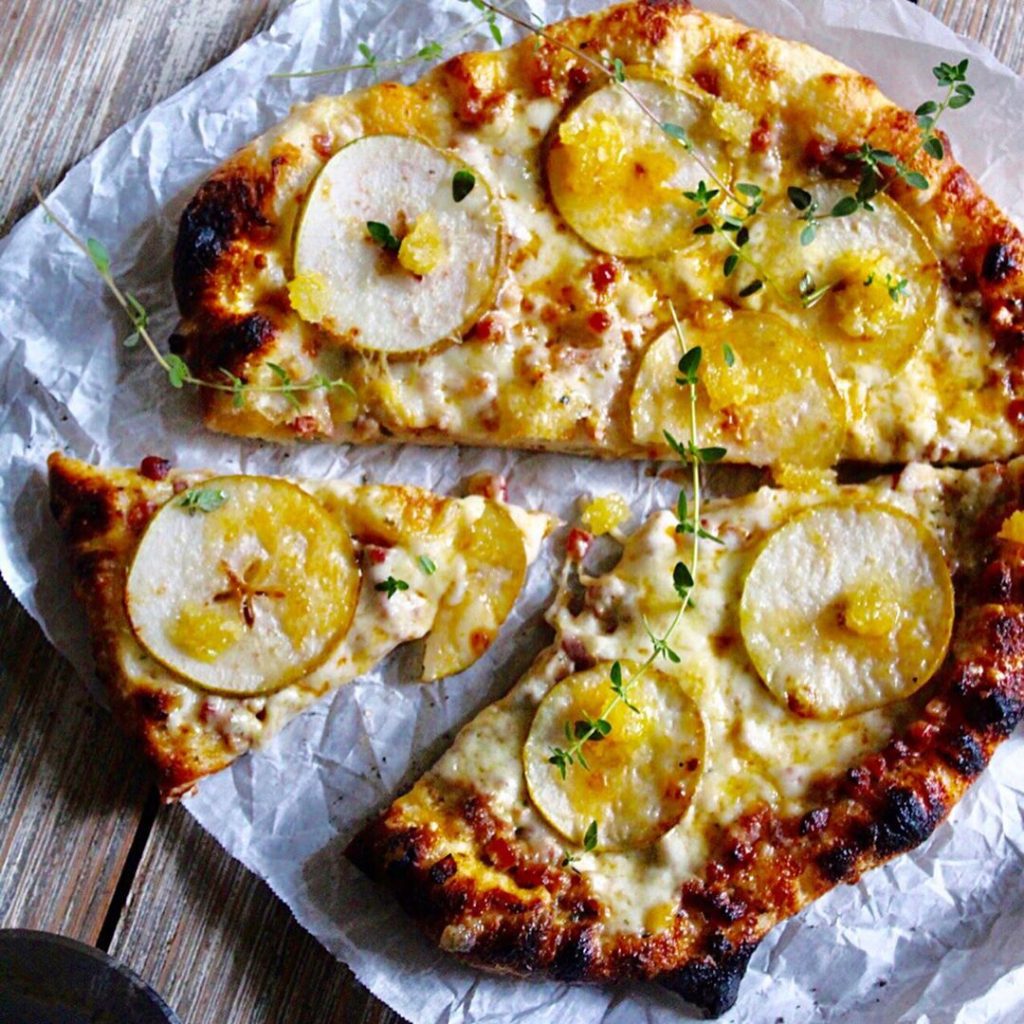 Pears to continue their campaign as the ultimate fruit pizza topping

PORTLAND, Ore. – September 30, 2020 – For the 2020-21 Northwest pear season, USA Pears is once again going to celebrate National Pizza Month with its pear pizza campaign. This year marks the second time the organization has executed the campaign, which includes a consumer contest on social media, working with restaurants around the U.S. to highlight their own pear pizza offerings, influencers and bloggers creating and sharing their pear pizza recipes, and retailers posting pear pizza ideas for their shoppers.

With the #pearpizza campaign, USA Pears is sending the message to consumers that the natural sweetness and soft texture of pears is a perfect complement to the savory flavors of pizza. Making pizza at home has also risen in popularity due to COVID-19 lockdowns, with 30% of Americans eating pizza at least once a week, and this year’s #pearpizza campaign comes at a time when consumers are increasingly looking to get creative in the kitchen while also sticking to accessible, easy-to-make recipes.

The #pearpizza campaign will kick off on October 1 with a consumer social media contest, where entrants are required to share a picture of their pear pizza creations or their orders at restaurants. Coinciding with National Pizza Month in October, the campaign will also include influencers and brand ambassadors sharing pear pizza messaging, restaurants highlighting pears as a topping, and retailers cross-merchandizing pears with other pizza ingredients.

“We were blown away by the enthusiastic response to pear pizza from consumers, foodservice professionals, influencers and retailers last season, and we have seen increased usage and enthusiasm in pears as a pizza topping in the past year. We know that fruit on pizza is a controversial topic, but we feel strongly that pears, especially the 10 varieties that come from the Northwest, are a topping that continues to unify people in shared enjoyment,” said USA Pears Creative Marketing Manager Neil Ferguson. “There are endless combinations when it comes to creating a pizza with pears, and we feel that the time is ripe for consumers to have some fun in the kitchen with their own culinary creations.”

Though they are sometimes overlooked in savory dishes, pears are a versatile ingredient that can be used in a variety of recipes. The multi-faceted campaign is an effective way to engage consumers with pear content and offer an easy and delicious way to eat more pears, and add more healthy produce to their pizza.